Review: The Swallows by Lisa Lutz 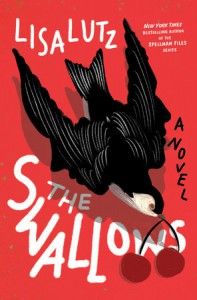 I picked this audiobook up on a whim. I needed something to listen to while I was working and the synopsis sounded interesting. I saw some good reviews from people that I know and thought I’d give it a whirl. I have heard a lot of praise over the years for Lisa Lutz. In the end, hopefully this book is not indicative of her work in general or I don’t think I’ll pick up another.

To put it simply this was a book with a good idea that was made to be completely nonsensical. The story features approximately five narrators along the way and all of them are basically identical. I didn’t find anything that separated the characters from one another in personality or behavior. They also introduce us to too many other characters. Half the time I had no idea who we were talking about because they mention about fifty people but only ten of them are actually important so I have no idea who anyone else is.

There’s also a lot of filler in this book. Most of the first half of the book was loooooong conversations about teenagers hooking up, who was popular, and what everyone was wearing. I swear, if Gemma went on one more rant about her outfit I would have screamed. And it just went on and on and on. Literally nothing happened for several hundred pages except sex, clothes and parties.

I don’t mind a book that’s a slow burn but this was a snail’s pace. I didn’t even realize that the revenge plot was in motion until about four pranks into it, and Gemma blatantly calls it out. I remember thinking, “Oh, we’re already in motion with this? I had no idea!”

Ms. Witt was utterly useless. She acts like she stumbles on some deep, dark secret. But it must not be too big of a secret because eight different students tell her about it and at least half the staff knows about it too. This secret is also supposed to be indicative of an embedded institutional attitude of “boys will be boys”, but it’s only been going on for five years and when the rest of the staff find out about it they are horrified. So I would hardly call that an institutional issue.

Also, I have no idea why this was portrayed as some horrible abuse on women. Yeah, the boys are talking about their sexual conquests, pitting the girls in a contest that they don’t know about. It’s not right, it’s gross, but teenage boys are functioning at a maturity level of barely above caveman. You can force feed them as much feminism as you like, he’s still going to act like a rabid animal. Because he is. There was a single instance in the book of a girl being coerced into a sexual act she didn’t want to perform, the rest of the girls were either in a relationship (or thought they were, lying for the win) or were completely willing. So, shouldn’t the real lesson here be that randomly hooking up with boys gave them fodder to act like animals and girls should value themselves more than that? That’s the message I would want my daughter getting. The only valuable thing that Mr. Witt does in this book is tell the girls that they don’t have to perform sexual acts unless they want to, and all the girls act like this is some shocking revelation to them. That’s rather sad if that’s true of teenage girls these days.

Finally, the ending was completely ridiculous. It went to a place that made no sense at all. The girls had already won. They had made an end to the contest. They had punished the boys involved. But then we go to the absolute extreme anyway. Why? You already won. It’s not smart to keep fighting a war that has already been won. And in the end the girls complained a lot about the boys not taking responsibility, but they ended up doing something far worse and took no responsibility either. This book did nothing to further any conversation about bullying, feminism, or sexual relationships between teenagers. It was just bad.