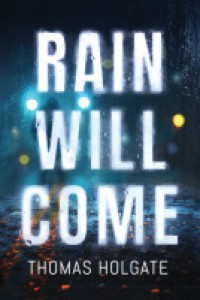 **Disclaimer: I received an advanced copy of this book from Netgalley in exchange for an honest review. Please note, changes to the manuscript may take place after publishing. Thank you Netgalley and Thomas & Mercer!**

I love a good cat & mouse story. A jaded, surly detective pursuing a psychopath story. In some ways this was a good fit, in other ways it didn’t live up to expectations. I feel it’s important for me to note right up front that this book is not breaking any new ground in the genre. Czarcik is like so many other surly over-the-hill detectives in detective novels. He likes booze, cocaine and hookers and doesn’t like following the rules. Nothing new to see here. The killer styles himself an avenging angel, a vigilante bringing justice to the helpless victims. Again there is nothing new here. So, if you aren’t bringing anything new to the table, you really need to give me a good chase.

Ultimately that is where this book failed for me, the chase. We find out who the killer is in the 3rd chapter and find out his whole plan about 40 pages after that. Once we know those two things, there’s not much left to do except chase him down and stop him, right? That was a very slow process, it seemed to take a long, long time. We spend about 275 pages on the first 3 victims, then rush through the entire last 2 victims and finally stopping the killer in less than 75 pages. We spent way too much time on the first half, not early enough time on the second half.

Another odd point for me was the writing itself. Technically, there is nothing wrong with the writing. The grammar and spelling are solid. The narrative is enjoyable. But the author seemed to occasionally throw things in that were just strange. And because they didn’t make sense, I spent a lot of time trying to figure out what he meant rather than enjoying the narrative. For example, in a single paragraph the author managed to change a single character’s eye color 3 separate times. First her eyes were described as deep blue, got it. A sentence later they were “more like opal than ice”. Um, okay, opal is generally iridescent though. I have seen blue opals, but they aren’t deep blue but then neither is ice. So is it deep blue? Or blue opal? Then two sentences later they were sapphire. Which again, is a totally different color than either deep blue or blue opal. So I spent about 10 minutes trying to figure out what color her eyes were instead of continuing to read. I think the author tried to get too fancy.

Two more minor gripes. First, can we stop giving people psychic powers but insisting they aren’t psychic? The not-psychic-but-kind-of-psychic “rush” that Czarcik gets was strange, never explained and didn’t make a lick of sense. At one point he is tipped off by someone mentioning how they wouldn’t want to be the insurance adjuster who has to come out to the murder scene. Although I have no idea why an insurance adjuster would be necessary at a murder scene but somehow this leads Czarcik on a long, winding path from insurance adjuster to….AH HA! Someone is keeping a secret from me….about insurance….sort of, but in the end not really. Very weird.

So, I know this sounds like a book I didn’t really like, and on the whole it was disappointing. But it did keep my interest. I did want to find out how it ended. I enjoyed Czarcik as a character. I enjoyed the writing. So overall, it was not a great book but it was entertaining and worth the read.